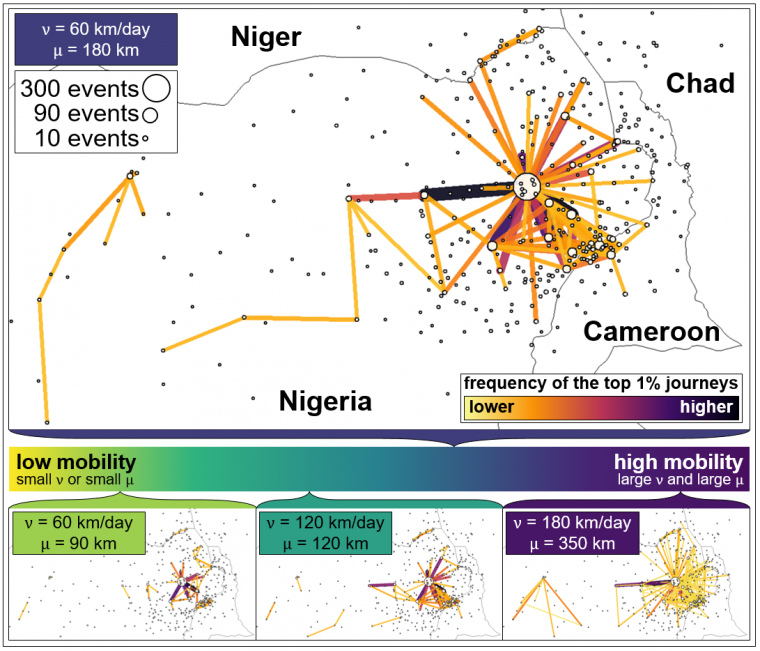 Boko Haram has caused nearly 40,000 casualties in Nigeria, Niger, Cameroon and Chad, becoming one of the deadliest Jihadist organisations in recent history. At its current rate, Boko Haram takes part in more than two events each day, taking the lives of nearly 11 people daily. Yet, little is known concerning Boko Haram’s internal structure, organisation, and its mobility.

Here, we propose a novel technique to uncover the internal structure of Boko Haram based on the sequence of events in which the terrorist group takes part. Data from the Armed Conflict Location & Event Data Project (ACLED) gives the location and time of nearly 3,800 events in which Boko Haram has been involved since the organisation became violent 10 years ago. Using this dataset, we build an algorithm to detect the fragmentation of Boko Haram into multiple cells, assuming that travel costs and reduced familiarity with unknown locations limit the mobility of individual cells.

Our results suggest that the terrorist group has a very high level of fragmentation and consists of at least 50–60 separate cells. Our methodology enables us to detect periods of time during which Boko Haram exhibits exceptionally high levels of fragmentation, and identify a number of key routes frequently travelled by separate cells of Boko Haram where military interventions could be concentrated.