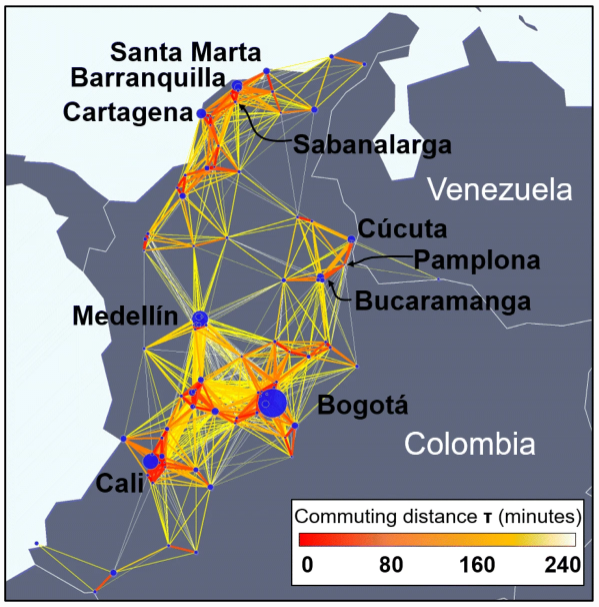 Labour mobility within a large city or metropolitan area is a necessary condition for the optimal exploitation of agglomeration economies. We propose a method to establish which municipalities should be considered part of a metropolitan area based on labour market integration. In order to aggregate geographically proximate urban municipalities, we develop a network-based model that makes industry productivity (manifesting in formal employment creation) dependent on firms’ ability to find, within city limits, the diversity of skills they need to move to new complex industries. In this way, we uncover the natural city scale at which firms optimally exploit the range of skills available to them within a broad catchment area. Considering Colombian cities, we find that commuting times between 45 and 75 min, corresponding to between 43 and 62 distinct cities or integrated labour markets, allow firms to maximise formal employment creation (between 2008 and 2013). This result supports the development of passenger transport limiting commuting times within cities, connecting small- and mid-size cities to nearby large cities, and coordinating transportation investments across traditional administrative boundaries.