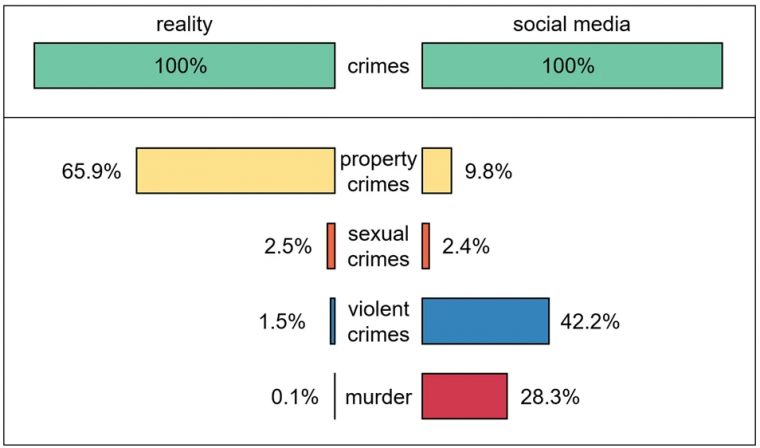 Social media posts incorporate real-time information that has, elsewhere, been exploited to predict social trends. This paper considers whether such information can be useful in relation to crime and fear of crime. A large number of tweets were collected from the 18 largest Spanish-speaking countries in Latin America, over a period of 70 days. These tweets are then classified as being crime-related or not and additional information is extracted, including the type of crime and where possible, any geo-location at a city level. From the analysis of collected data, it is established that around 15 out of every 1000 tweets have text related to a crime, or fear of crime. The frequency of tweets related to crime is then compared against the number of murders, the murder rate, or the level of fear of crime as recorded in surveys. Results show that, like mass media, such as newspapers, social media suffer from a strong bias towards violent or sexual crimes. Furthermore, social media messages are not highly correlated with crime. Thus, social media is shown not to be highly useful for detecting trends in crime itself, but what they do demonstrate is rather a reflection of the level of the fear of crime.