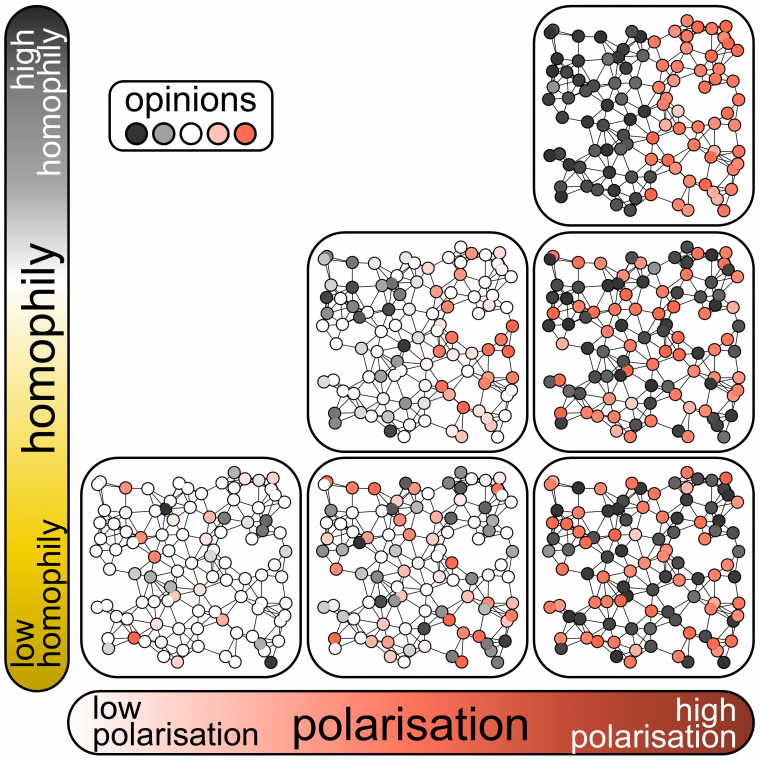 A polarised society is frequently observed among ideological extremes, despite individual and collective efforts to reach a consensual opinion. Human factors, such as the tendency to interact with similar people and the reinforcement of such homophilic interactions or the selective exposure and assimilation to distinct views are some of the mechanisms why opinions might evolve into a more divergent distribution. A complex model in which individuals are exposed to alternating waves of propaganda which fully support different extreme views is considered here within an opinion dynamics model. People exposed to different extreme narratives adopt and share them with their peers based on the persuasiveness of the propaganda and are mixed with their previous opinions based on the volatility of opinions to form a new individual view. Social networks help capture elements such as homophily, whilst persuasiveness and memory capture bias assimilation and the exposure to ideas inside and outside echo chambers. The social levels of homophily and polarisation after iterations of people being exposed to extreme narratives define distinct trajectories of society becoming more or less homophilic and reaching extremism or consensus. There is extreme sensitivity to the parameters so that a small perturbation to the persuasiveness or the memory of a network in which consensus is reached could lead to the polarisation of opinions, but there is also unpredictability of the system since even under the same starting point, a society could follow substantially different trajectories and end with a consensual opinion or with extreme polarising views.